ENERGY USE DATA FOR TRANSPORTATION AND OTHER SECTORS IN HAWAI‘I

To reduce Hawai‘i’s consumption of petroleum within the ground transportation sector, the HSEO is looking to implement tactics that will make a transformational investment in Hawai‘i’s clean energy economy. As the designated agency to administer the Volkswagen Settlement Environmental Trust on behalf of the State, HSEO developed a Beneficiary Mitigation Plan that focused on market-ready zero-emission technologies. To that end there is a specific emphasis on projects that facilitate the adoption and deployment of electric drive vehicles and charging infrastructure. This focus complements the commitments of the counties to convert their fleets to 100% renewable energy by 2035 and builds on the momentum created from the counties’ adoption of battery electric transit buses.

“Alternative fuels” (and “alternate fuel,” used interchangeably) are defined in State [i]  and Federal law [ii]  to include:

The State’s alternative fuels standard goal, Section 196-42 of the Hawai‘i Revised Statutes, sets forth an objective of 20% of Hawai‘i’s ground transportation needs to be met by non-petroleum sources by 2020. 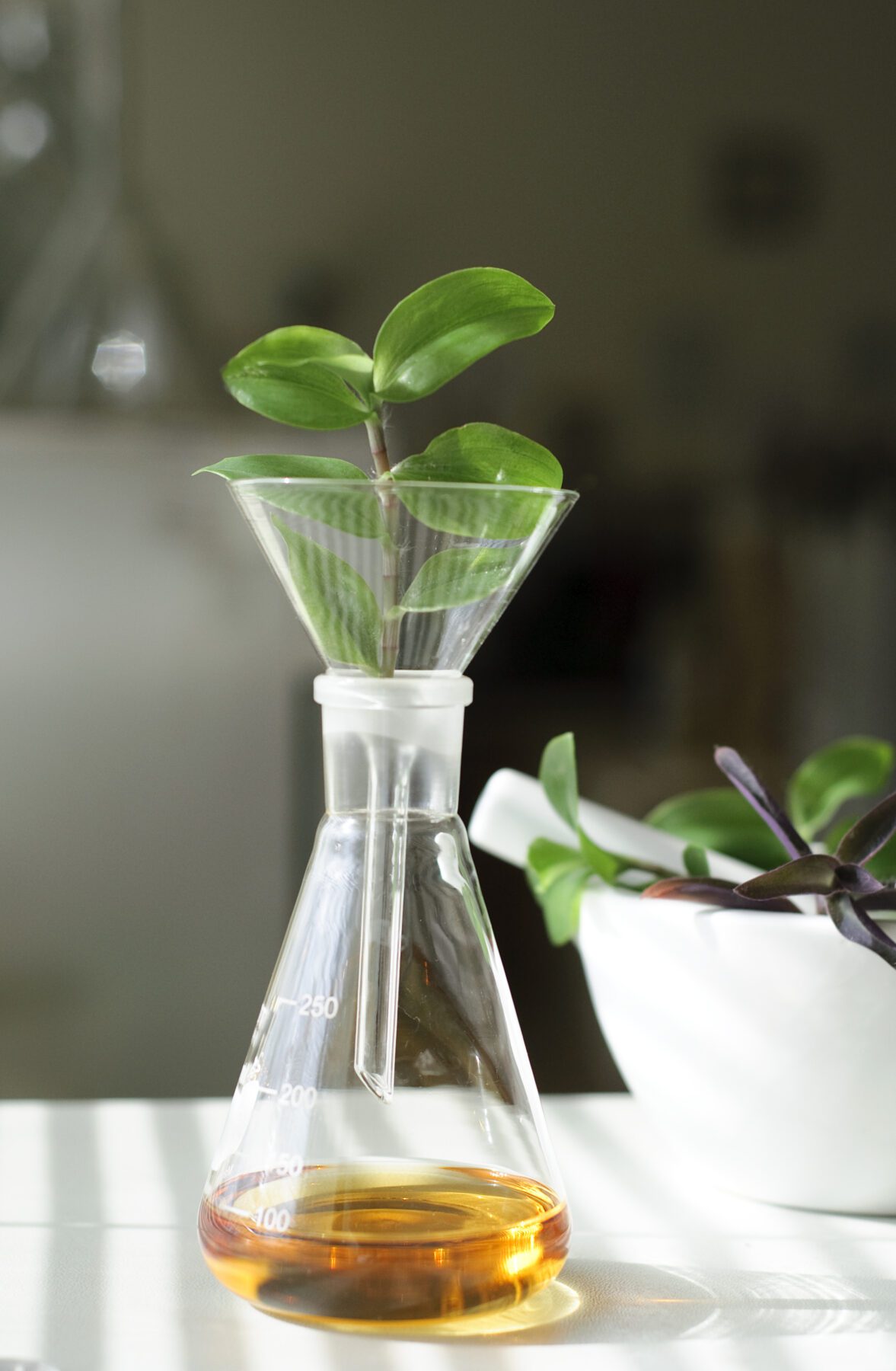 Several alternative fuels are in use in Hawai‘i, including ethanol blended in gasoline at a rate of 10% in most areas; biodiesel, produced locally by Pacific Biodiesel; hydrogen, available on Oʻahu to owners of Toyota Mirai vehicles; and electricity, available statewide and described in greater detail below. The production and use of alternative fuels is included in the section titled “Alternative Fuel Use and Production in Hawai‘i.”

The Alternative Fuels Data Center, operated by the U.S. Department of Energy, lists a number of alternative fuel stations by type. As shown in the figure to the right, there has been a sharp increase in electric vehicle fueling stations nationwide. The database and locator map lists 288 “public access” fueling stations in Hawai‘i (6 providing biodiesel; 1 providing hydrogen; and 281 providing electric vehicle charging).

Exploring and participating in innovative ways to advance the adoption of zero-emission vehicles (ZEVs) has positioned HSEO with firsthand expertise to act as a resource to other state agencies as they look to complete their fleet transitions. HSEO is participating in a relatively unique “electric vehicle as a service” contract with DOT, resulting in an electric vehicle that is available for HSEO staff to conduct official state business activities. This vehicle is price-comparable to a fossil fuel-powered internal combustion engine vehicle, and costs less to fuel and maintain. Use of the vehicle is charged per mile of use and includes the cost of fuel (electricity) and maintenance of the vehicle. 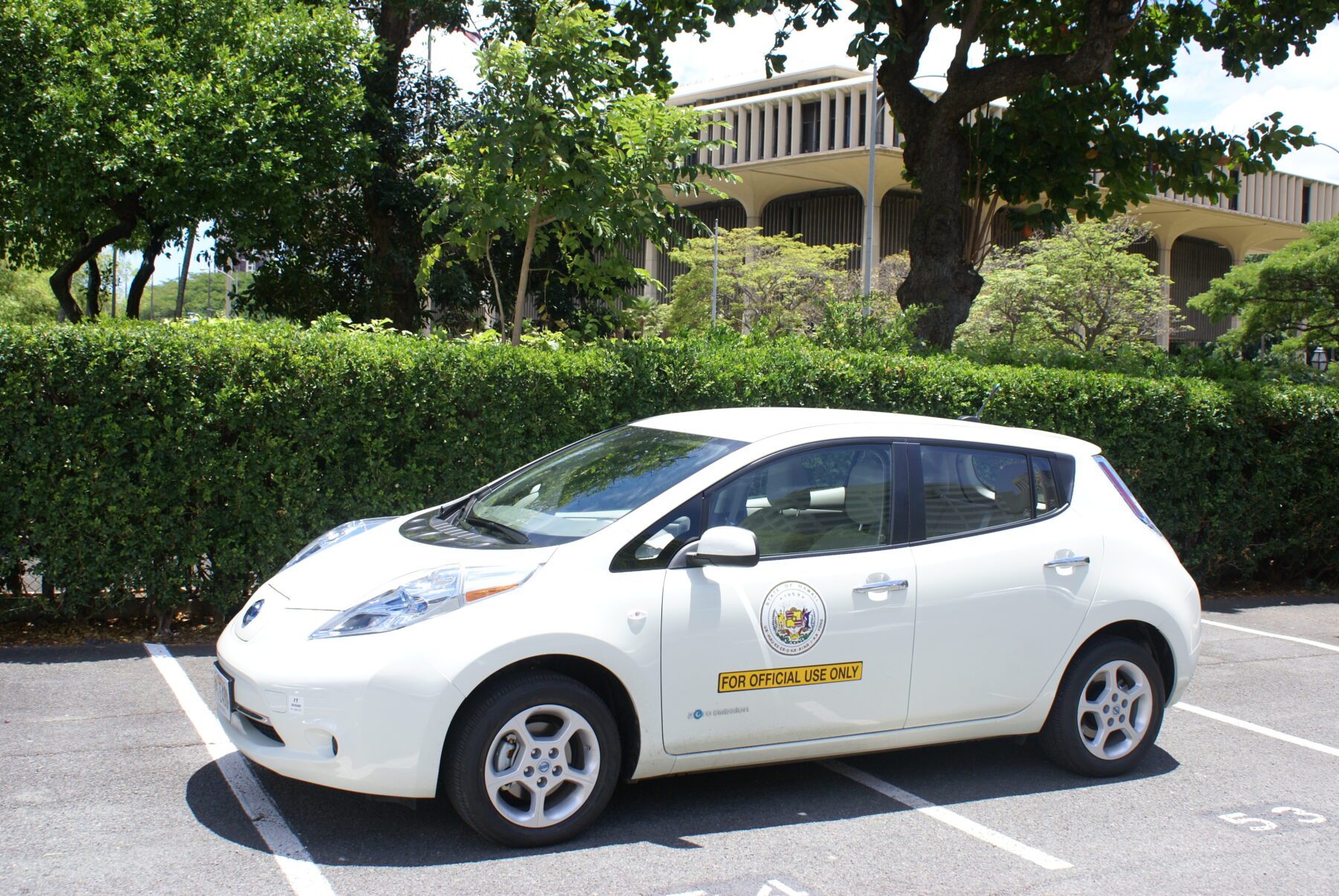 The next major challenge in ground transportation is converting medium- and heavy-duty vehicles to ZEVs. HSEO led the effort for Hawai‘i to join with 14 other states and Washington, D.C., in signing the Multi-State Zero Emission Medium- and Heavy-Duty Vehicle Memorandum of Understanding (MDHD MOU). The original 15 signatory states and Washington, D.C., account for almost 50% of the U.S. economy and 40% of goods moved by truck (value), sending a strong market signal for ZEV vehicles in the medium- and heavy-duty segment, including full-size pickup trucks.

The signatory states have been collaboratively developing an MDHD ZEV Action Plan, set to be released in 2022. This action plan will discuss opportunities and barriers to MDHD market transformation and recommend strategies to achieve the goals set forth by the group.

To support the growth of the MDHD ZEV market, HSEO partnered with the Hawai‘i Department of Health Clean Air Branch (HDOH-CARB) to set up the Diesel Replacement Rebate (DRR) to cover up to 45% of eligible costs for MDHD ZEVs and charging equipment. 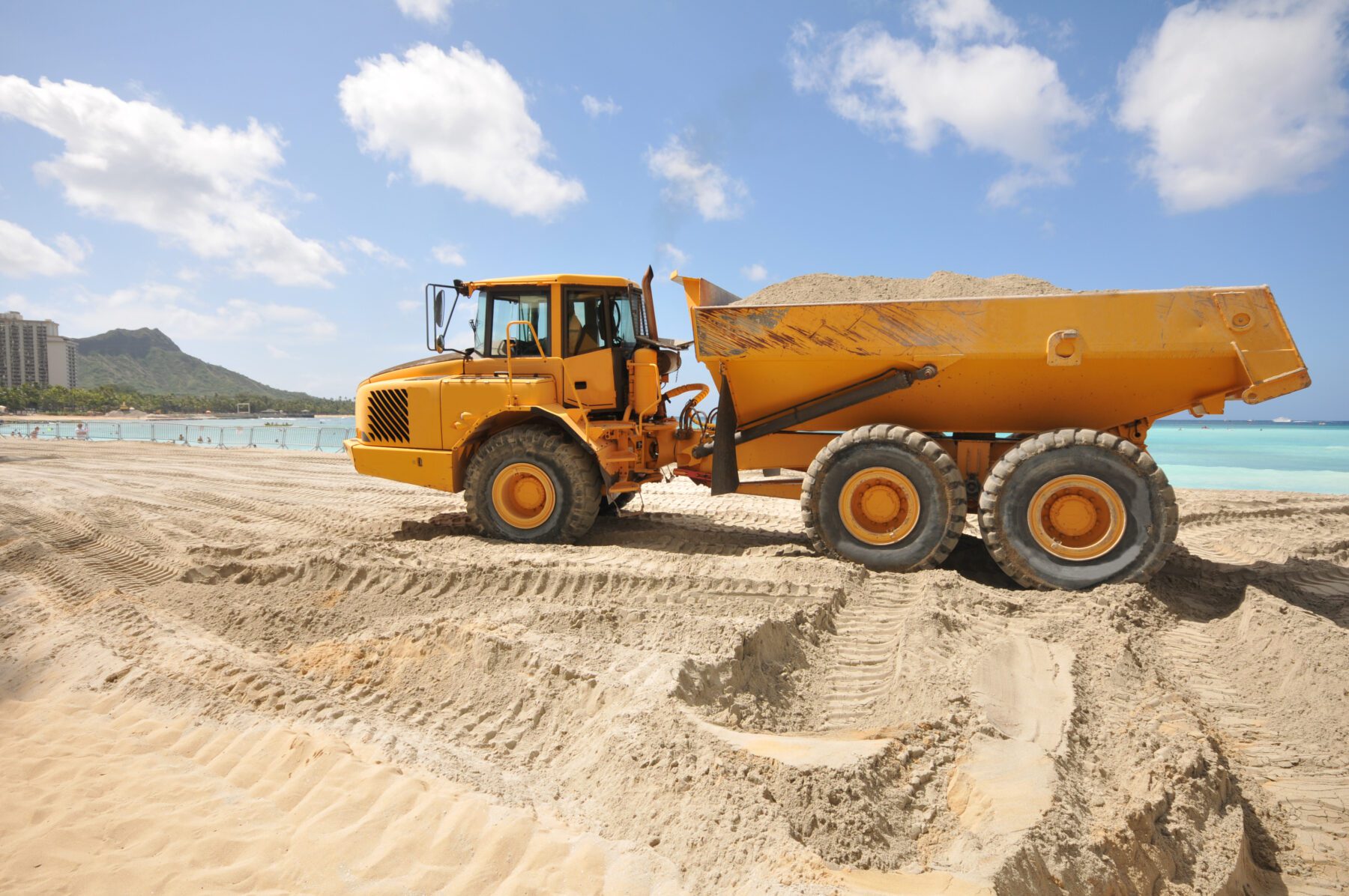 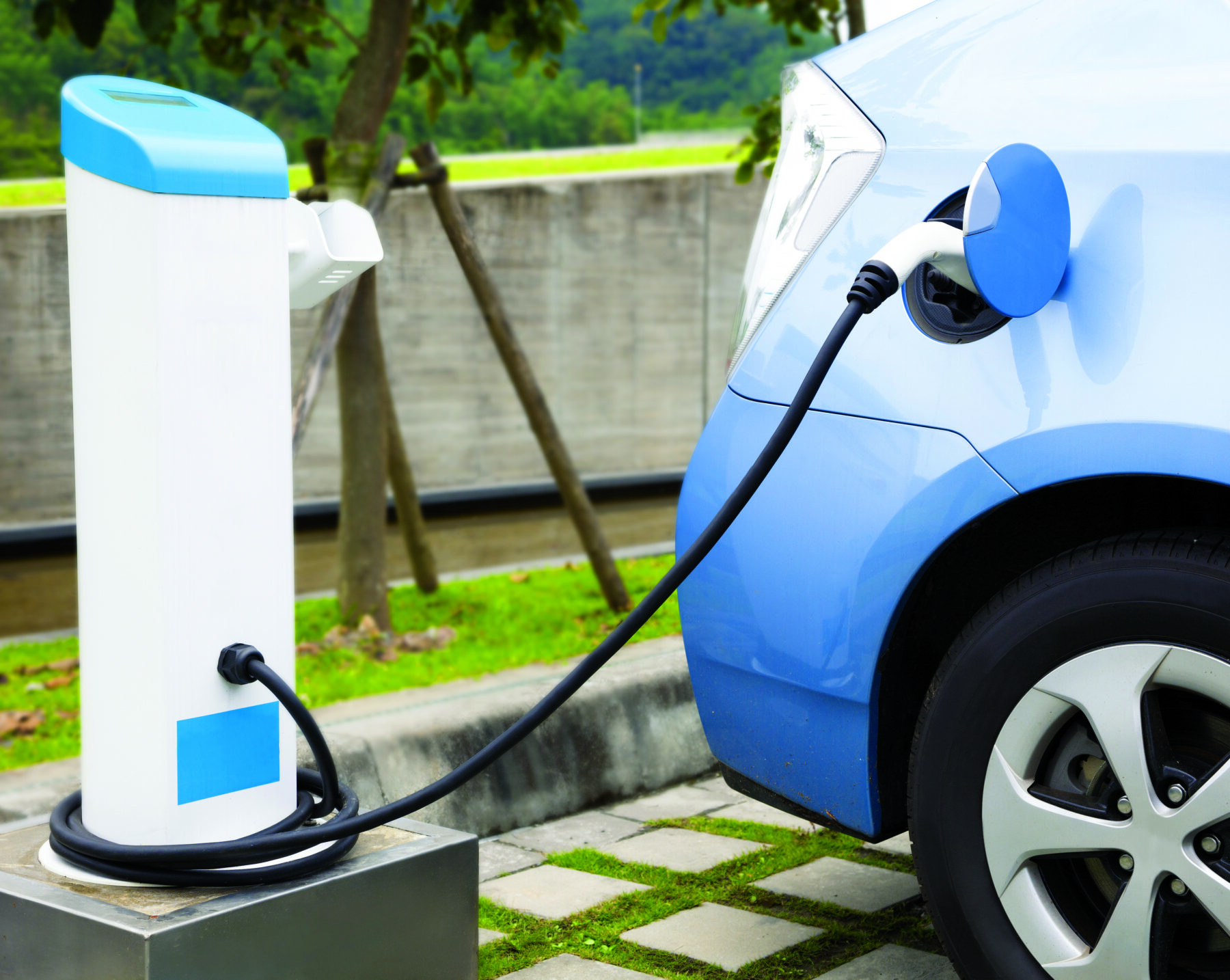 In 2020, FHWA Highway Infrastructure Program (HIP) funding was expanded to projects providing “necessary charging infrastructure along corridor ready or corridor pending alternative fuel corridors.” Additionally, HSEO has allocated $50,000 toward the deployment of a DC fast charger on Kauaʻi to support the successful application of a future corridor-ready designation. 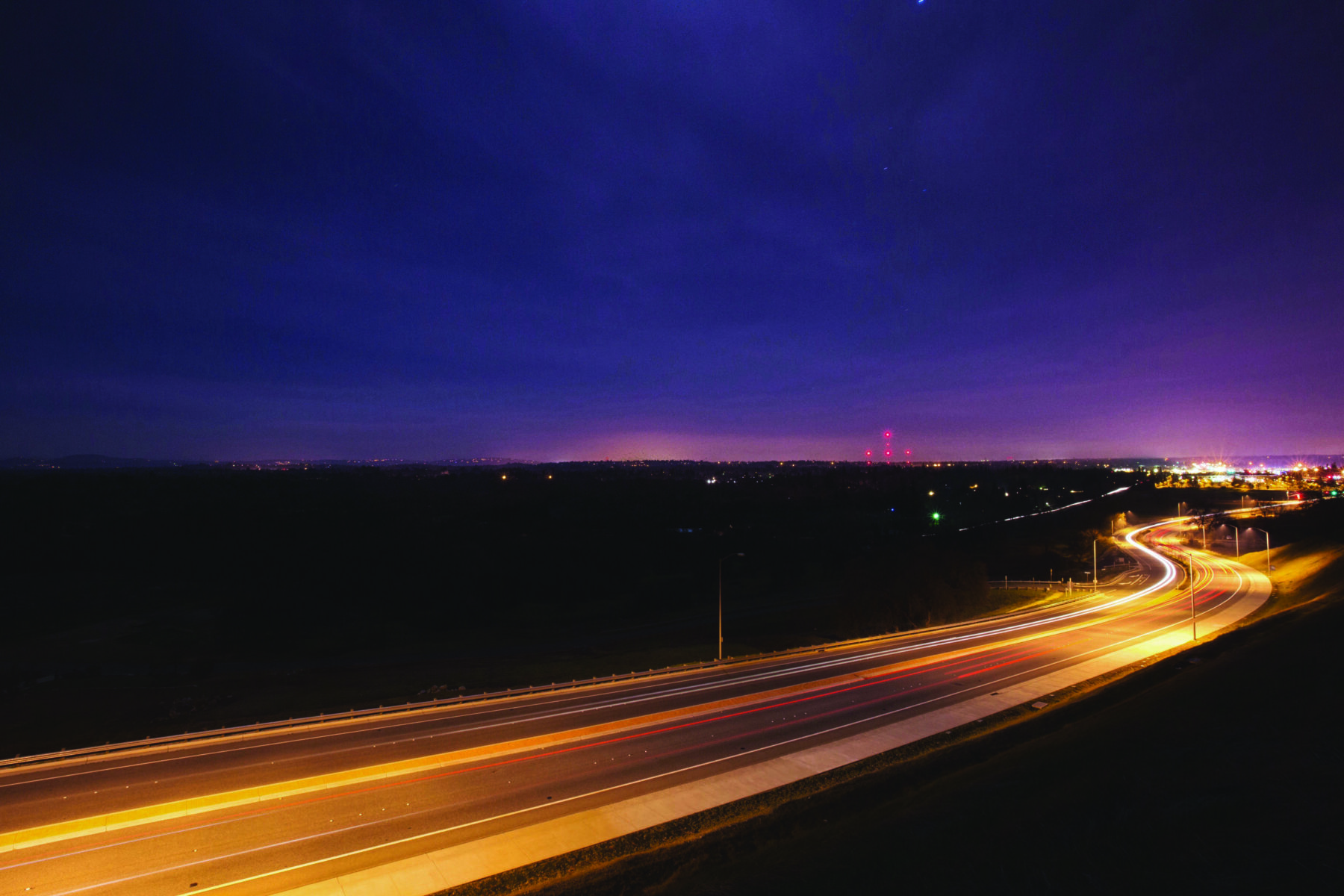 The U.S. Department of Transportation’s (DOT) Federal Highway Administration (FHWA) NEVI Formula Program will provide funding to states to strategically deploy electric vehicle supply equipment (EVSE) and to establish an interconnected network to facilitate data collection, access, and reliability. Funding is available for up to 80% of eligible project costs, including:

Nationally, electric utilities have been actively pursuing opportunities associated with the increasing demand from electric vehicles. Hawaiian Electric has filed an application “Public Electric Vehicle Charger Expansion Project” in docket 2021-0173. The total estimated cost of the project is approximately $79 million to install and operate 150 single-port Direct Current fast charging (“DCFC”) and 150 dual-port Level 2 charging stations across Hawaiian Electric’s service territories from 2023 through 2030. The Project cost includes maintenance of the charging stations and public education and outreach.

In the application, Hawaiian Electric proposes revised EV-U tariffs designed to be roughly cost-­competitive with gasoline and that encourage charging during the middle of the day when solar energy is abundant.

The preferred configuration for each site is two (2) DCFC ports and one (1) dual-port Level 2 charging station.

Learn More
The above is an illustrative deployment schedule included in the Hawaiian Electric application.

Since 2019, the Hawai‘i Energy rebate program has helped make 122 charging stations across the state a reality, including Level 2 stations at two affordable housing developments. As of March 3, 2022, all EV Charging Station Rebate funds allotted for the 2021-2022 Program Year have been expended. Hawai‘i Energy will continue to provide updates and any new program information. 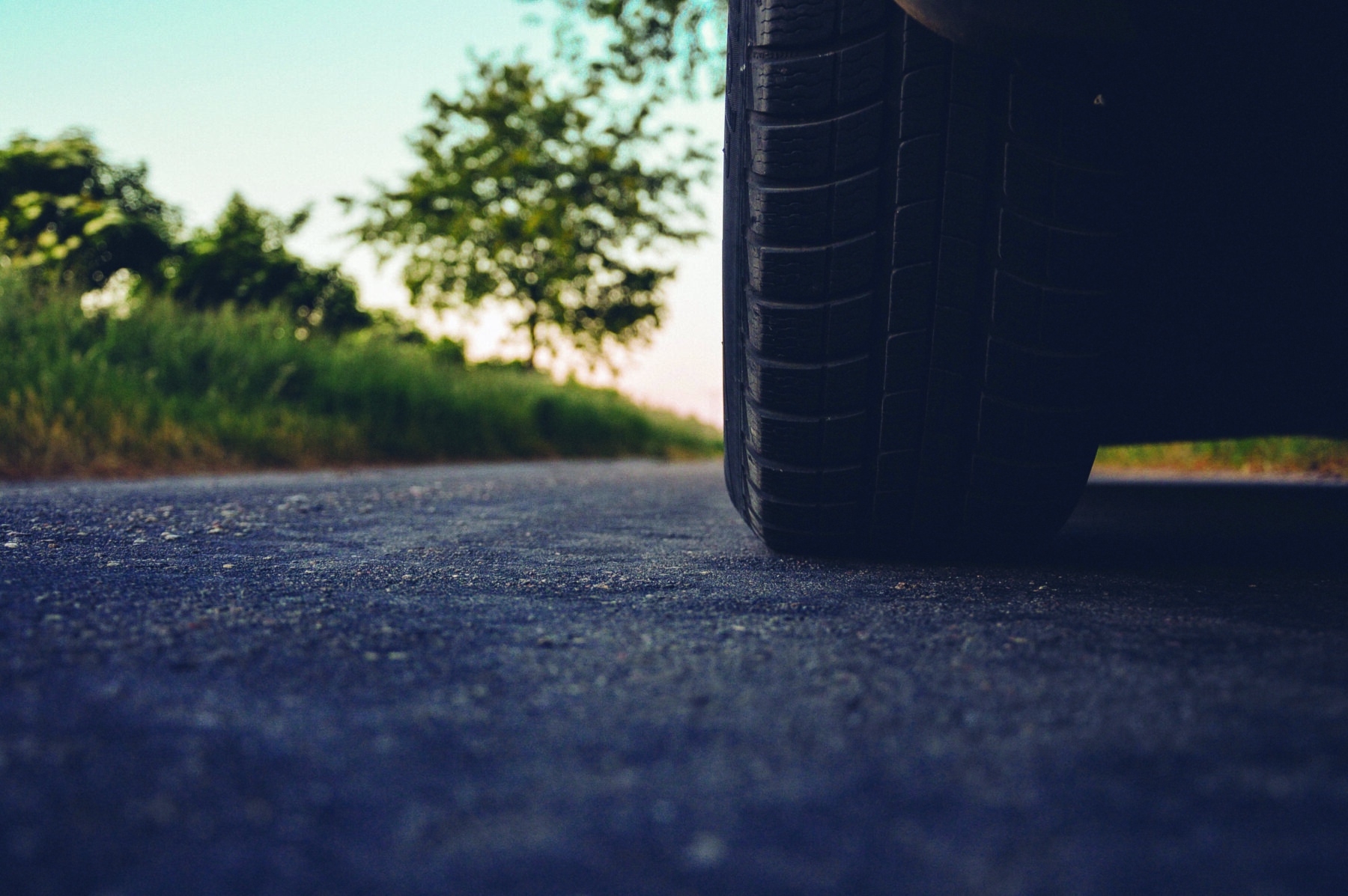 Electrification of transportation (EoT) will integrate with and support programs that facilitate integration of renewable energy, enable greater customer engagement and empowerment as “prosumers” of energy, and enhance grid efficiency and reliability by leveraging the flexibility of electrified vehicles. 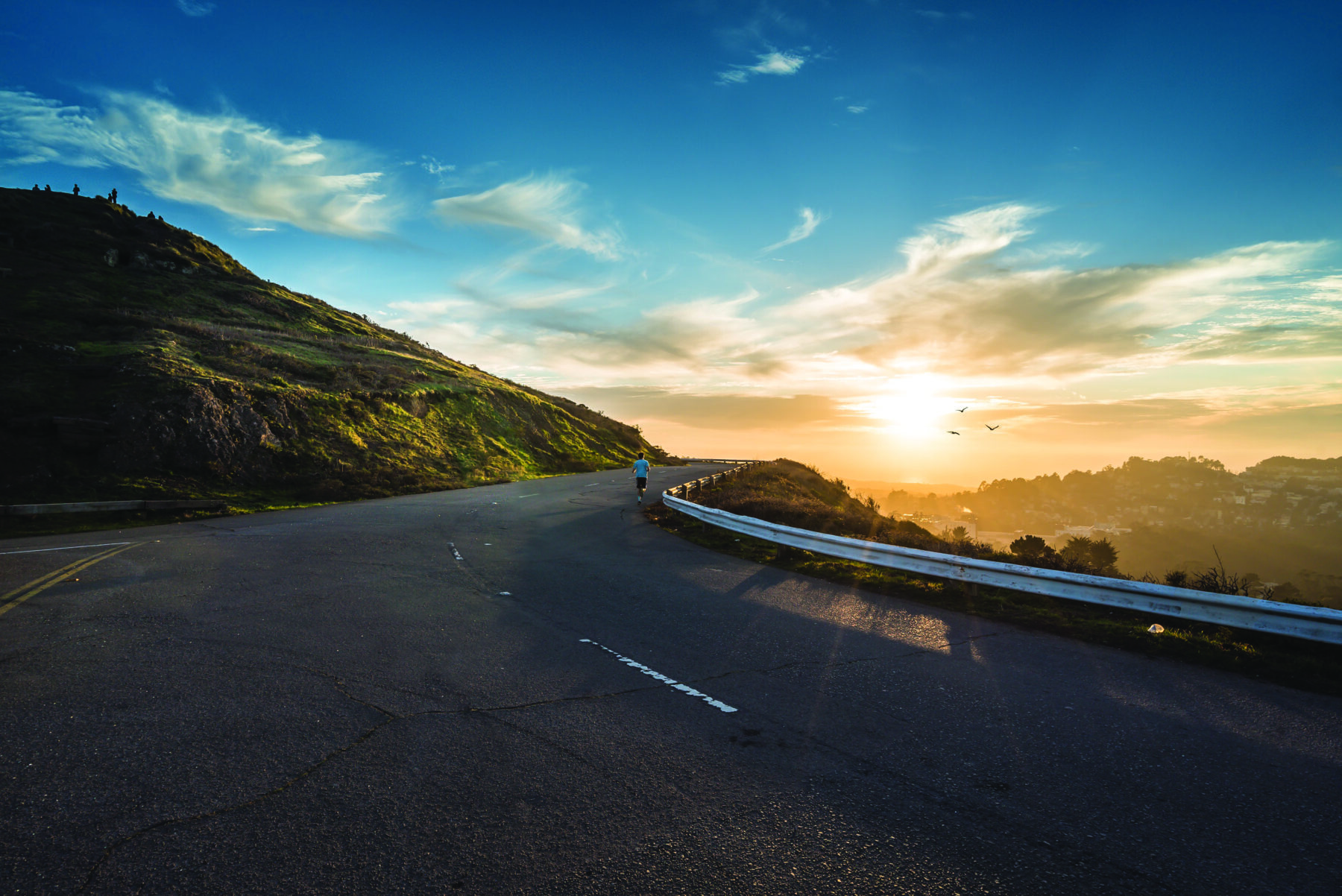 Volkswagen (VW) will pay billions in penalties and customer vehicle buyback and modification programs. VW is required to invest $2 billion over the next 10 years in zero-emission vehicle (ZEV) infrastructure and education projects across the United States through its Electrify America (ZEV Investment) initiative. VW will consider submitted proposals and determine its ZEV Investment projects with oversight from the U.S. EPA, which could possibly include Hawai‘i. 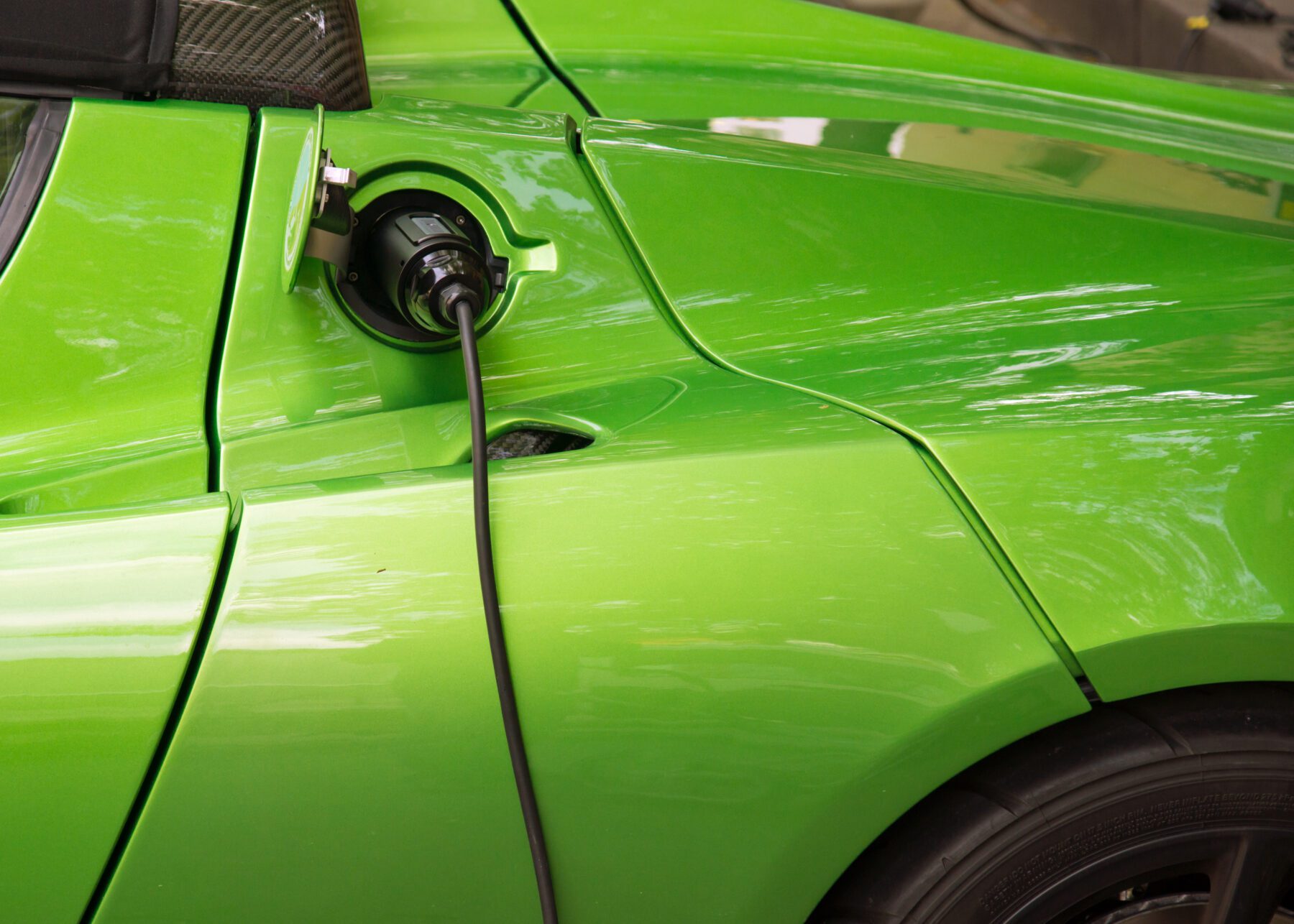 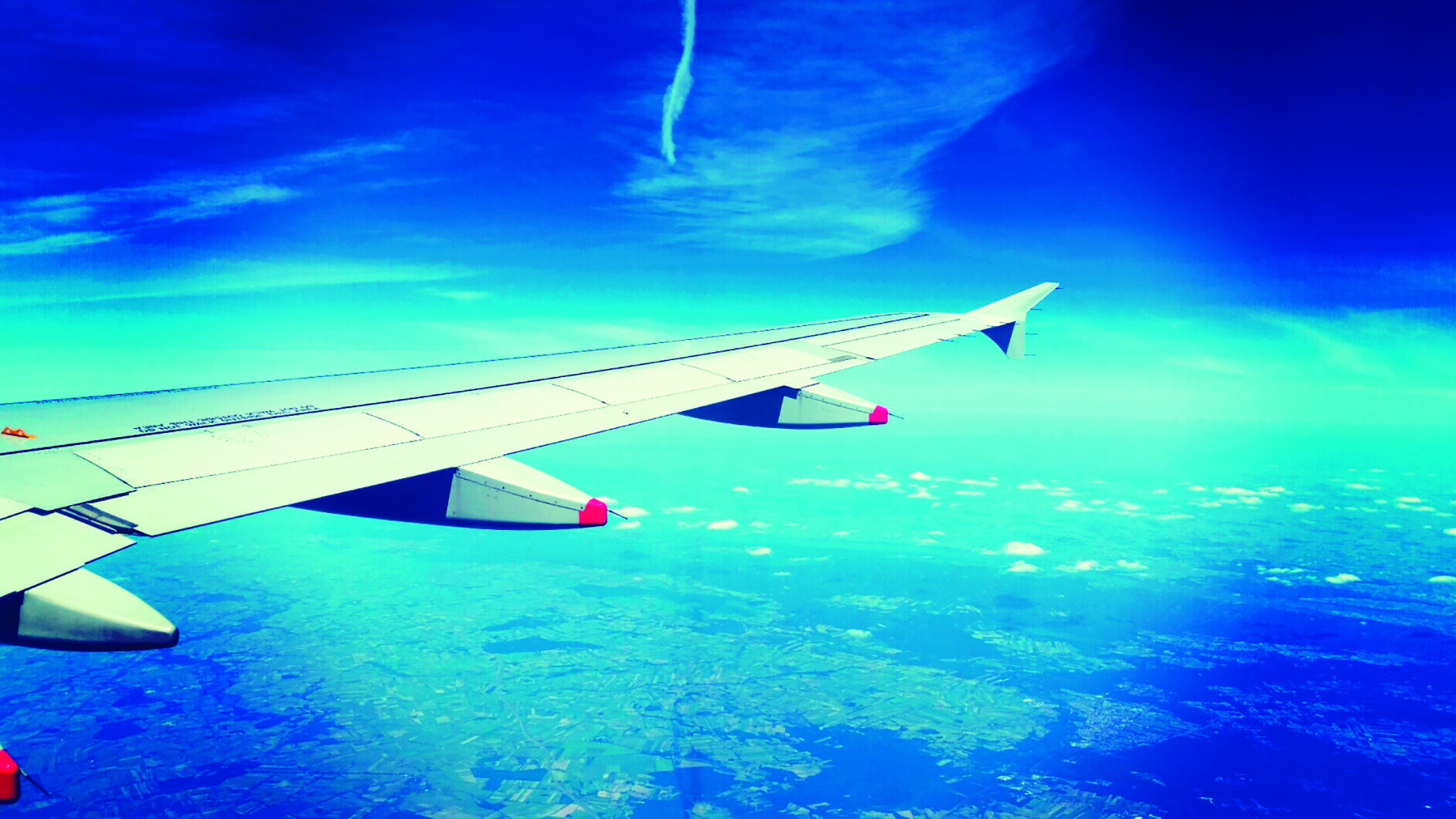 Transportation accounts for more than half of Hawai‘i’s greenhouse gas emissions. Of that amount, 39% is attributed to domestic aviation. The aviation sector has long made up a significant portion of fuel use and emissions. There are several promising green technologies emerging in industry.

Jet fuel drives a significant portion of demand for crude oil imports from foreign countries. One way to drive down the dependency of these imports is to produce more sustainable aviation fuels (SAF) from biofuel.

Hydrogen is also another promising zero-emission fuel source for aviation. When consumed in a fuel cell, the byproducts of hydrogen fuels is only water.

Electrification is also a promising option for short-haul flights such as those between islands in Hawai‘i. Electric motor aviation can take advantage of short 50- to 200-mile interisland flights that are fuel inefficient for traditional jets (because it takes time for jets to get to a fuel-efficient cruising altitude). Battery power is also much cheaper and quieter than jet fuel, promising to provide significant benefits to communities.

There is significant challenge in providing the power infrastructure to charge aircraft between flights. To this end, the Hawai‘i State Energy Office entered into a research agreement with the University of Hawai‘i and hired three data fellows. One key part of their work is modeling the impacts of fully electric aviation on the power infrastructure by utilizing the Engage energy modeling tool.

The energy storage density of batteries reduces the amount of people or cargo that be carried on long-haul flights. Therefore, battery power remains inefficient for long-haul flights in addition to the significant challenge in providing the power infrastructure to charge aircraft between flights.

Energy efficiency in the electric sector has always been a cornerstone of Hawai‘i’s decarbonization strategy, with the Hawai‘i Clean Energy Initiative having a goal to reduce energy consumption by 4,300 GWh or roughly 30%. As identified in the HCEI Transportation Energy Analysis ground transportation is another sector that the state has identified as having significant potential for energy savings in the near and midterm. It is imperative that Hawai‘i reduce the amount of energy for transportation demand. New efforts to expand mobility alternatives and improve the alignment of land use, transportation, and energy system planning support a more sustainable solution for Hawai‘i.

For context, the electric power sector accounted for 23.6% of petroleum use in 2018, compared to 27.4% for ground transportation and 33.9% for air transportation. Achieving a 100% renewable energy portfolio scenario for Oʻahu in Hawaiian Electric’s Power Supply Improvement Plan (PSIP) includes 1,000 to 2,000 MW of solar, which would require somewhere between 6,000 to 13,000 acres of open space. What is telling is that those scenarios incorporate less than half the electric vehicles and associated electricity demand that what would be required to power ground transportation. Those scenarios also include an assumption that every roof of every single-family home had enough solar on its roof to be net-zero energy. Considering the tradeoffs that come with siting such large amounts of renewable energy, the fact that rooftop solar is planned to be maximized, and ground transportation, let alone air transportation, will create significant demand for even more renewable energy, it is essential to reduce the amount of energy needed for all sectors, including transportation.

In addition to climate and energy benefits, expanding transportation choices also has the following benefits:

One measure of energy required for mobility is vehicle miles traveled (VMT). VMT measures the amount of driving all vehicles in a geographic region travel over a given period of time and is calculated as the sum of the number of miles driven by each vehicle. According to the Hawai‘i Department of Business, Economic Development, and Tourism, over the past 25 years, annual VMT in Hawai‘i has risen by over 39%, reaching just over 11.1 billion miles traveled in 2020. VMT, along with other transportation demand metrics, are necessary to track the progress toward Hawai‘i’s goals.